Covid-19 and Supply Chains: Are we sacrificing standards at the moment they are needed most?

The impacts of Covid-19 are being felt throughout every tier of global supply chains. There are reports of factory shutdowns, order cancellations, workforce reductions and other disruptions. In turn, these have led to structural changes in supply chains, increased demand with tighter turnarounds and higher costs.

Companies are now having to procure from new, unvetted suppliers, with potentially reduced staff and resourcing for due diligence.

In their recent observation of the “global supply-chain bedlam”, the New York Times reported on the sudden and mysterious emergence of new vendors with “an abundance of supply” charging up to 30 times the normal price for face masks. The Times article also pointed to the difficult situation in the U.S., where states and hospitals, whose typical suppliers are “overwhelmed and overextended”, are having to negotiate directly with the Chinese supply chain with little experience and in competition with the federal government. “Thousands of middlemen — entrepreneurs, do-gooders and profiteers — have rushed to fill the void…[resulting] in a ‘mess of confusion’ involving ‘scams, logistical hurdles and soaring prices.’”

The risks of documented labour and other rights abuses are worsening, and new ones are almost certainly emerging. The pandemic has revealed weaknesses in risk mitigation systems and raises important moral and ethical questions: are we curtailing due diligence when the risks have rarely been higher? Are we sacrificing our obligations to human rights standards (however mature, or immature, they may be) just when they are needed most? Does our commitment to sustainability, in all its forms, only apply when it is easy and convenient?

Procurement managers are now playing a lead role in crisis management, including contingency planning, risk mitigation and ensuring communications with leadership above and suppliers below. Many are having to source alternative suppliers in short time frames to secure supply, with less time for screening, and probably with fewer resources themselves. The situation unfolding is one in which decisions are being quickly, with less information, in a highly unpredictable environment—fertile ground for rights violations of all shapes and sizes.

There are a range of scenarios playing out. One involves conditions already common in supply chains typically subject to tight turnarounds and evolving demands, such as apparel. In such scenarios, the risk for exploitation is already high, but with the added factor of acute financial distress, employers may perpetrate criminal forms of exploitation and mistreatment against workers. Whilst the motivations behind one case are unknown, a possible illustration of this is from South Africa, where a factory owner allegedly locked 14 workers in his factory and forced them to make face masks under an armed guard.1

Another scenario involves increased exploitation of workers trapped at worksites as a result of lockdowns. Anti-trafficking advocates in India have raised concerns about work and living conditions of workers stuck on site at brick kilns and rice mills when the lockdown was announced. 2 According to one activist, “Owners of these facilities have pushed up deadlines for work to be completed, knowing that the workers will … [go] home once the lockdown is opened…the exploitation is rising and will only worsen.” 3

A third scenario is one in which conditions may not rise to the level of forced labour, but which increase workers’ vulnerability to forced labour or other rights violations. For example, in Malaysia, the NGO Our Journey has reported 4 that, sensing the impending crisis, some employers did not distribute paychecks in March for February’s work. Some have cut off all communication with employees who rely on them for their legal status and right to work in Malaysia. Our Journey has also received reports that many employers are not providing adequate safety equipment and protocols at work, leaving some workers exposed and at risk of transmitting the virus to others with whom they share increasingly overcrowded housing.

Beyond these scenarios, other factors are at play. Workers who resigned or whose work has been completed, but who failed to get home before borders were closed are now stranded without income; others are now facing added barriers as “local” workers are being prioritised under staffing reductions. The Malaysian Labour department is not investigating any complaints in shuttered workplaces until the Movement Control Order is lifted, leaving unpaid workers in financial crisis with no redress. These are the conditions in which modern slavery flourishes.

What do we know?

We know the procurement function has become central to crisis management and its focus is understandably on business continuity. To get through, companies have increased collaboration and communication—both internally, with team members and senior management, and externally, with strategic suppliers—to address risks and build contingencies.

Less known, is whether companies are extending these processes to assess risk to people: health and safety risks, labour-related risks, and general risks to welfare. Though arguably beyond the direct remit of company headquarters, it is necessary to comprehend that the impacts on the worker do not stop there. Remittances are drying up, leaving family members in desperate conditions which could drive them into the waiting and welcoming arms of human traffickers. Workers with debts are surrendering their own or their family members’ labour to pay off loan sharks and activists fear many more people—particularly informal workers who are unable to access government assistance—will be driven to take out more loans, thus perpetuating the cycle. 5

What can we do?

Amidst the tragedy, the pandemic has given us pause to rethink how we live and treat the planet. Global citizens are seeing this as an opportunity, borne of crisis, to chart a different course. The ‘supply chain bedlam’ is no different; as companies seek to build more resilient supply chains, this is a chance to reboot, to centralise and embed human rights and sustainability into systems, processes and, ultimately, culture.

A logical place to start is in supply chain visibility. Companies still in the dark beyond Tier 1 are scrambling to get information and adapt. As managers map the location of goods and materials in their supply chains, there is an opportunity to be asking about the people making those goods and materials and what suppliers are doing to ensure workers’ health, safety, and rights at work. We know companies are trying to support suppliers as much as possible to maintain cashflow and this should include offering support to protect the workforce.

Crisis managers could also be leveraging this opportunity to deepen boards’ understanding of human rights risks and how risk to people, such as the workers in South Africa, pose a direct risk to supply and brand. Similarly, procurement managers should be using this time to engage strategic suppliers to address gaps within the business continuity plans that bear negatively on workers. And with the suspension of third-party auditing in some areas, now is an opportune moment to employ ‘empowerment-oriented worker feedback tools’ 6 to ensure the flow of reliable, independent information downstream and maintain workers’ access to redress mechanisms. Through strategic, sensitive and multilateral collaboration, companies can evolve beyond sustainability as an ‘add-on’, to fully integrate and normalise it into systems and processes deep into the supply chain.

Finally, this crisis presents an opportunity to consider permanently shifting away from areas where companies have limited visibility and influence over working conditions. A relatable macrocosm is the ensuing war of words after Australian Prime Minister’s called for an inquiry into the origins of the coronavirus. In response, China (and some billionaires) 7  have made it clear they believe China could inflict serious damage to Australia’s economy should it wish to. Is it right that Australia—and the global economy—should rely so heavily on a country that is so resistant to transparency? The crisis in Xinjiang 8 should also be cause to re-evaluate, with reports indicating that Chinese Uighurs are at higher risk of greater repression due to the virus.9

This is not the first time anyone has posed these questions, but in this watershed moment, I am hoping for a different answer. The coronavirus is a mirror that has shown us how interdependent we are, in terms of both personal and commercial relationships. At this moment of global reflection, we have a choice—we can carry on the current path of incremental progress toward sustainability, possibly losing momentum; or we can take this as our chance to reshape a status quo that would otherwise seem too entrenched and impossible without the clarity of vision crisis affords.

7 David Speers, “Coronavirus crisis has driven a wedge between Australia and China. Difficult times lie ahead for Scott Morrison”, ABC, 3 May 2020, https://www.abc.net.au/news/2020-05-03/coronavirus-australia-china-difficult-times/12206730. 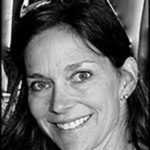 Heather Moore is a specialist in anti-slavery and trafficking, with over 17 years’ experience in program management, capacity building, policy and research. A consultant in counter-trafficking, Heather assists organisations and governments seeking to establish, evaluate, and improve responses to modern slavery, with emphasis on understanding and identifying cases; building high-functioning multi-stakeholder and worker-led initiatives; and developing effective remediation strategies. She is also an expert witness in civil and criminal matters involving modern slavery and is an advisory board member for the Journal of Modern Slavery. She holds a Masters degree in Social Work with a focus on International Social Welfare from Columbia University in New York.

Any cookies that may not be particularly necessary for the website to function and is used specifically to collect user personal data via analytics, ads, other embedded contents are termed as non-necessary cookies. It is mandatory to procure user consent prior to running these cookies on your website.